So many years... and it was the cable

I have an LG E2360 for several years now (2011). I was changing my PC mainboard at that time and I wanted something bigger than the usual. At that moment the HDMI port was a novelty on PCs (or at least here in Ecuador) and I wanted to have it. So I make sure that my PC had the HDMI ports, got a cable and start using the monitor.

The monitor worked great, sharp image, nice, love it, etc. But it has one issue, when the OS turned off the monitor to stand by mode, the monitor didn't wanted to go to stand-by, it showed me the message that it lost connection and I need to turn it off with the power button. 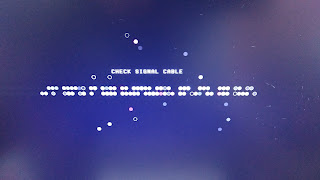 I tried different machines with the same results. The VGA port of the monitor worked fine and went to the stand by mode without issues. I thought it was a limitation of the monitor with the HDMI port, I looked around on the forums, checked the same issue and nobody reported that problem.  So with time I got used to always turn off the screen when I walked away from the PC.

Today I was trying some USB-2-Video adapters and I took a different HDMI cable for testing. In some point the laptop went to stand by video and the monitor just worked as it used to be. It was the damn cable that I used for the last six years.

The funny things is that I always suggest people to try different HDMI cables and adapters when they have problems with the HDMI monitor. Now I need to get used back to don't turn off the monitor when I leave the PC.
Publicado por Martin Iturbide en 9:53