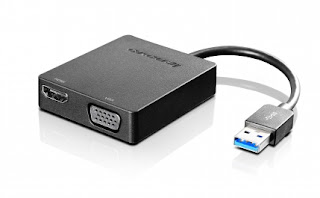 
Also known as "Lenovo USB 3.0 Dual Video Adapter". This is an adapter to include an extra USB monitor to your PC.

I tried it out first on Windows. A new device will be show on Windows Device Manager called "Lenovo U3 to VGA HDMI Adapter". It will run with the DisplayLink drivers.

After that with the "Win+P" combination you can extend the desktop without issues.

So, here goes the question. What can happen if you connect a monitor the HDMI port and also a different monitor to the VGA port ??
The result is very good. You can have two extra monitors on your computer. Both ports works for independent monitors. 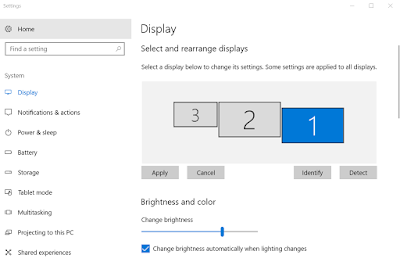 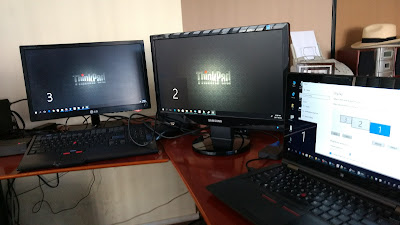 This device is not formally supported under Android by Lenovo, but I checked that DisplayLink has an Android driver (an app on Google Play). I tried it out with one port of the device (any port but only one at the time) and it worked.

I tried it with my Moto G4 plus and a Samsung device and it worked to put your display video on a external monitor. 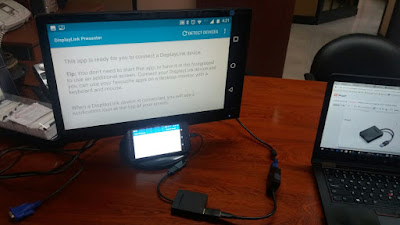 You need to play a little but with the "DisplayLink Presenter" app until it tells you "Start now" and you screen will be casted via USB. 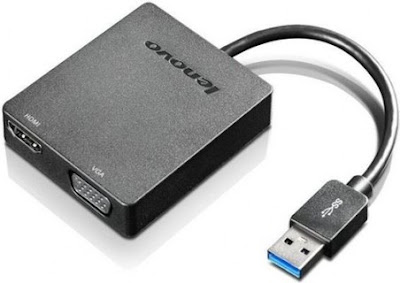 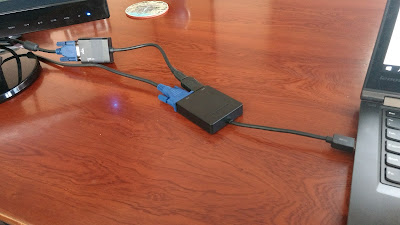