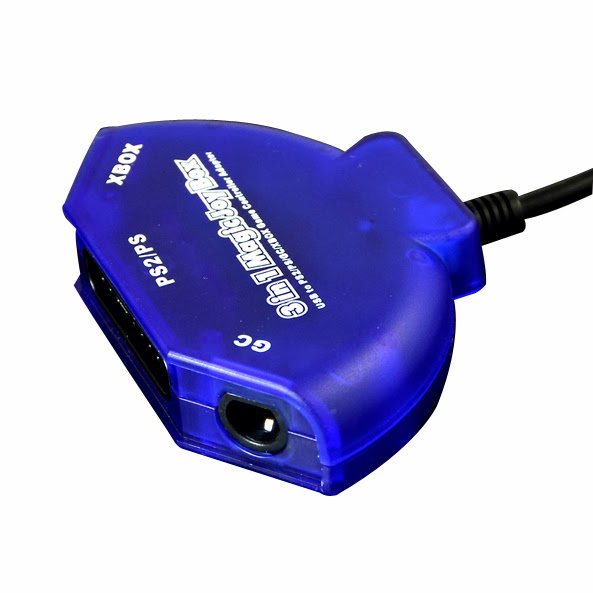 I got the "3 in 1 Magic Joy Box" to connect the Playstation, Xbox 1 and Gamecube controller to the USB port of the computer.

The nice thing is that you can plug the three controllers and it will recognize the controllers like independent ones, so it is an easy way to have three players on the PC (with each different controller). For the moment I had only tried with two.

Features: (from the official site)

Windows 8.1 x64 recognized the device and sets the drivers they can find. I had plugged two controller (PSX and Gamecube) to the device and after that I plugged the "3 in 1 Magic Joy Box" to the USB port. 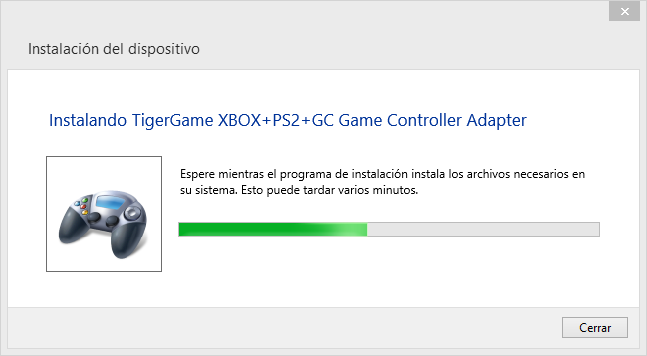 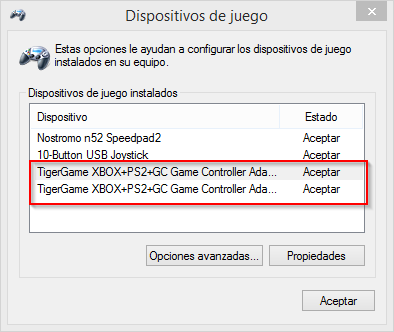 It set the name exactly the same which is not nice, since you can not find out which one is the controller. 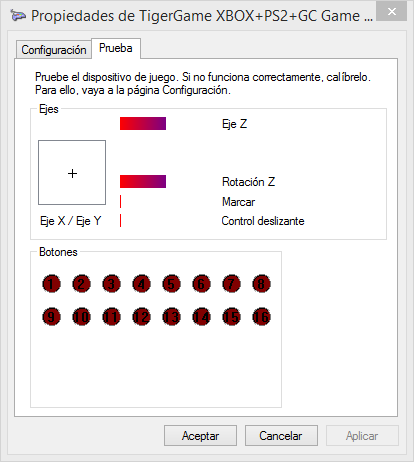 But the "3 in 1 Magic Joy Box" comes with a driver that I had tried.

For the moment the driver that comes in the CD under the directory "Vista" works fine on Windows 8.1 x64. After installing the driver there are some changes con the configuration.

The "About" tab, very important: 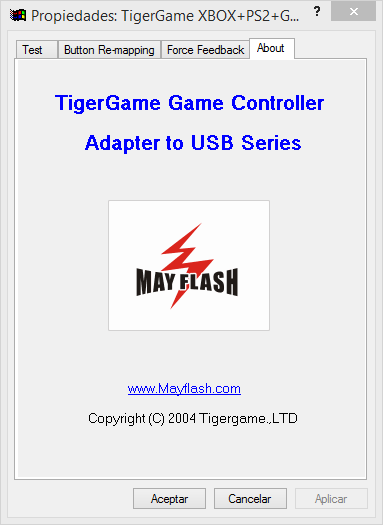 The Gamecube controller. It has a better test area, button re-mapping and rumble test. 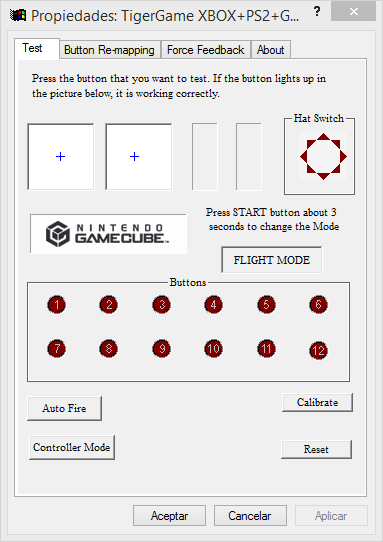 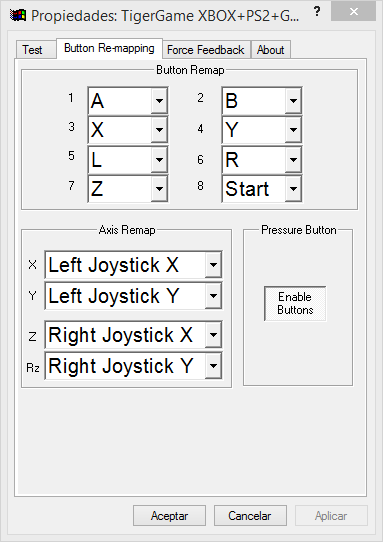 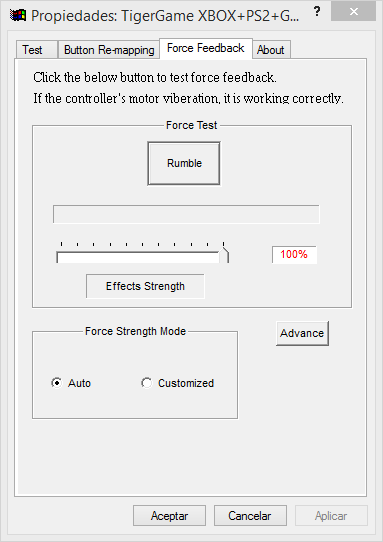 The PSX controller. It has a better test area, button re-mapping and rumble test. 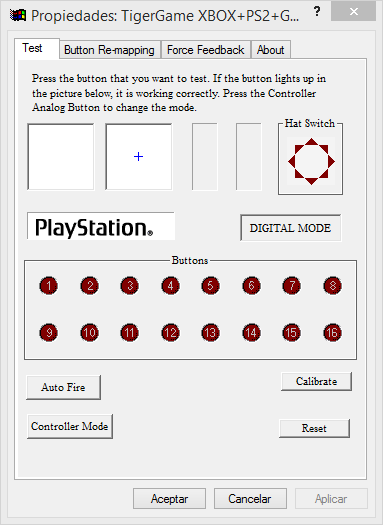 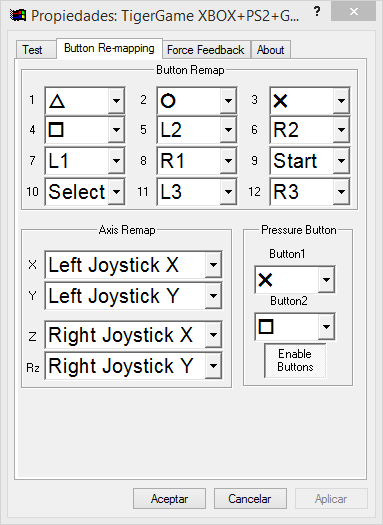 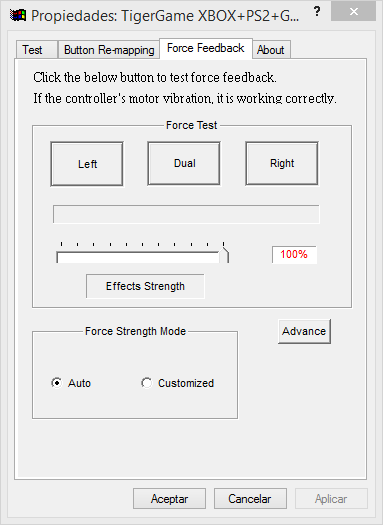 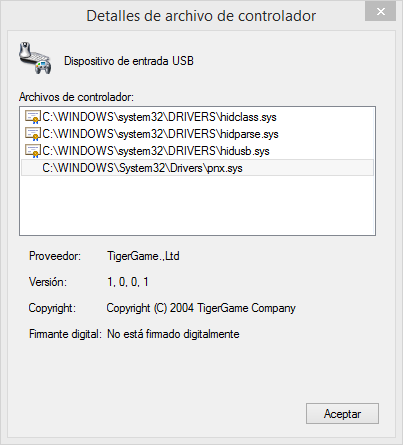 The driver installed is pnx.sys version 1.0.0.1

After some time I found an xbox 1 controller to test with this adapter. For the moment, when I plug this device, I get one USB unrecognized device, while the PSX and GCC controllers keeps working. 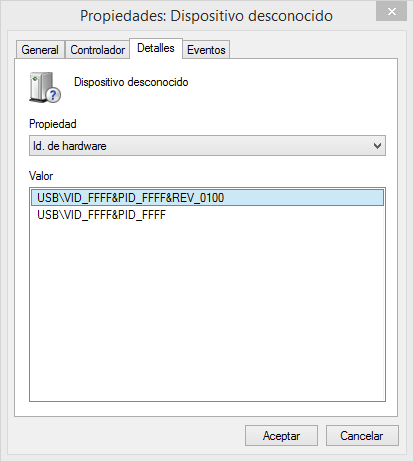 Maybe I'm missing a driver so the xbox controller get recognized by Windows and it is not included on the driver packed.

I had noticed that on Windows 8.1 (64bits) with the driver ver 2.0.1.0, if I had this device with a GCC and a PSX controller plugged at the same time, it makes the Windows machine very unstable. It gives a blue screen of death from time to time or when an application try to access the gamepad configuration (ex: configuring the gamepads on "Project 64"). 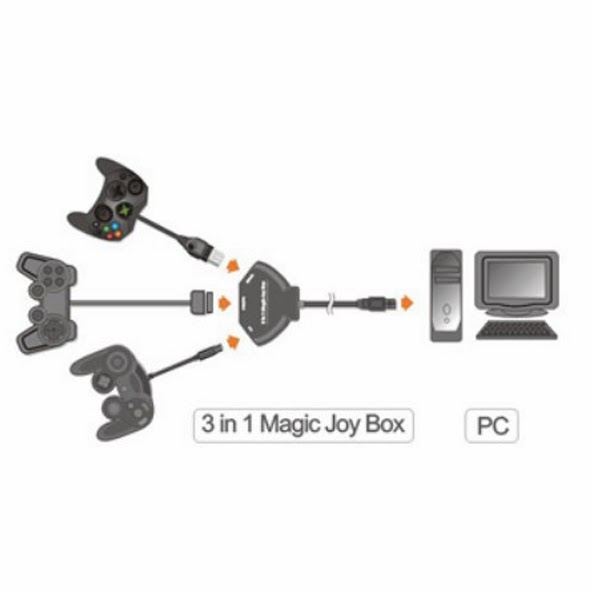