So, I just got a survey from United about the flight I recently had: 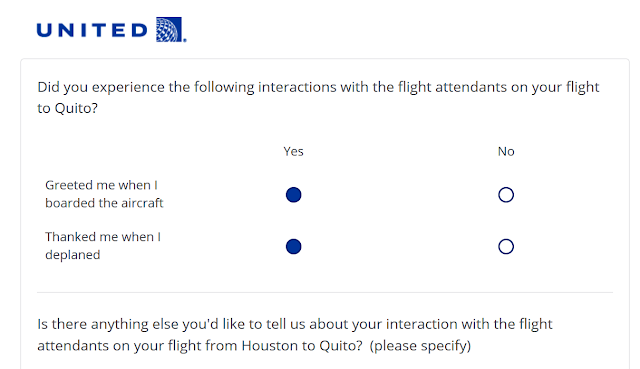 On the next field I just stated the truth of my flight:

"One flight attendant move me from the back of the plane to the middle, because I was seated beside a woman with one baby on his arms and other small child with a car seat. He moved me so we both had a better flying experience (that was good).

After moving me, other flight attendant came to me and asked my why I was seated on Economy Plus, while I was from Economy, I told her that other flight attendant moved me here, but she insisted that it was not possible and said something like "Nobody on this plane will ever moved you here, since this seats are more expensive that the one you paid for" so I must be lying.

So I tell her to ask the other fly attendant and stop bothering me. After validating that, the fly attendant told me that it was no problem and stopped bothering me for the rest of the fly.  [sarcasm] I want to thank that fly attendant for the embarrassment that provided me with the rest of the passengers.[/sarcasm] All the people near me on the cabin was looking at me like "this bastard paid Economy and is trying to "cut-in" to Economy Plus".

(Corrected some misspellings from the original submitted version)

After that, United´s surveys does something "Bold": 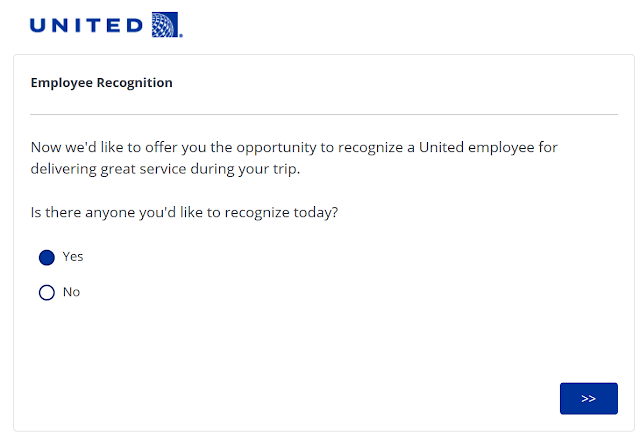 Sure, I want to recognize the flight attendant that didn't believe on my word. 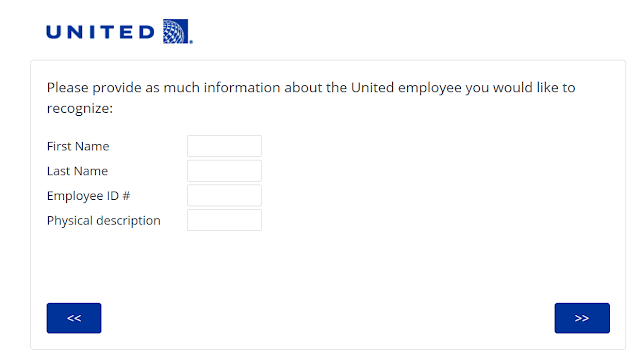 What??? Employee ID ????
I'm sure if I complete the "Physical Description" of the flight attendant I will get sue on the US.

Physical Description: The one that acted like a bitch !!!
Publicado por Martin Iturbide en 16:29