My retron 5 got bricked. I was not modding it, I was not trying anything funky, one day it broke, and even it turns on, the screen didn't show anything. It just powers on and the cartridge leds all were turned on.

The Retron 5 was bricked for a software problem.

Finally after some months I found a way to make it work again, thanks to some tutorials on reddit and a German site that consolidated the files required to recover the Retron 5 in Windows 10.

I  did my recovery with:

This guide link will show you the steps, but I only want to give some extra remarks. 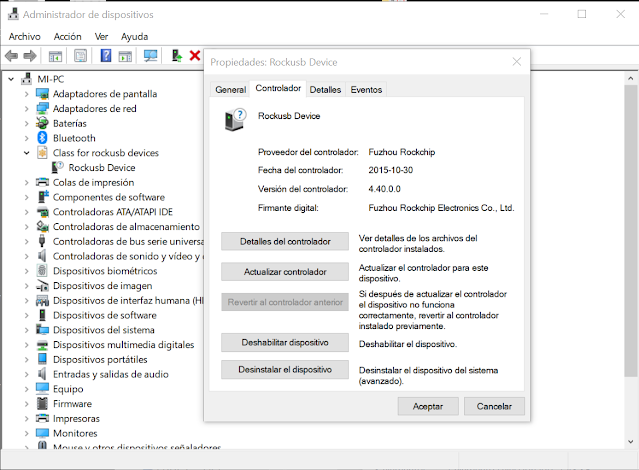 2.- There is a necessary tweak on the Windows 10 registry that you need to do. Check the "RetroN5_Unbrick.7z" file for that.
3.- You need to put your Retron 5 in some special "boot recovery mode" that will not show you anything from the HDMI input but that will me you device visible on Windows as an USB device.
- Plug the Retron 5 USB port to you computer.
- Power on the Retron 5.
- Use a long needle to press the reset button on the back, keep it pressed and with your other had press the power button until the lights turn off (aprox 10 seconds). Keep the reset button pressed on the back and release the power button and press it again.  You will hear that Windows recognize a new USB device. (It will make the sound of a new device getting plugged).
4.- Now you can use the "Rockchipbatch tool 1.8" to load the image to the Retron 5.
When you run it, and it shows the blue square you are in the right track. 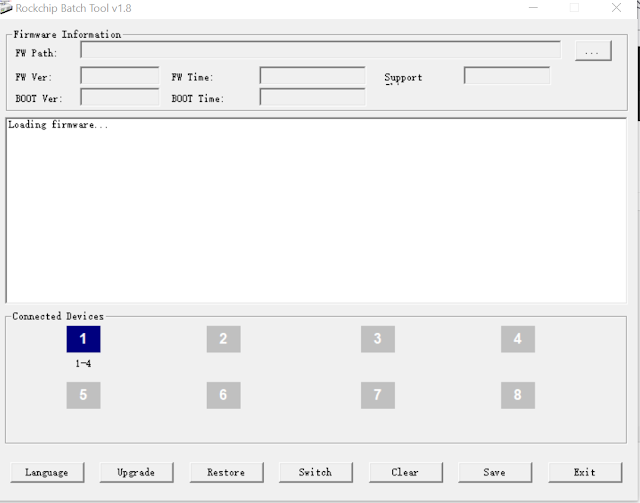 Load the recovery image with the "..." button and it will give you the information about it in a while. 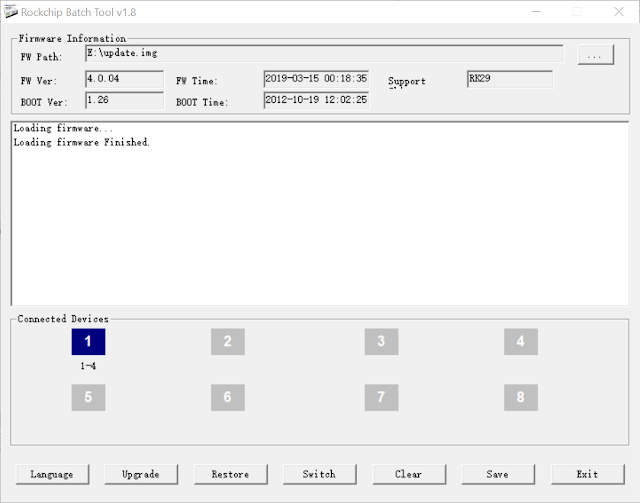 Now press the "Restore" button and it will take aprox 2 minutes to complete the procedure. 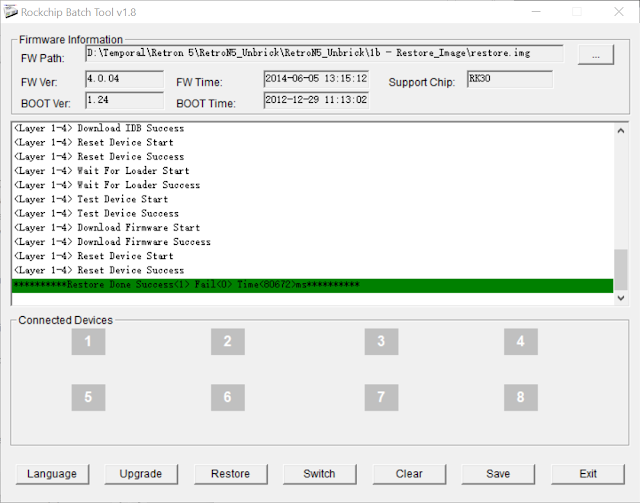 After that, the Retron 5 will boot and later you will need to go futher with the update procedure like it is listed on this page:

Next is the image of the error that I had with Windows 10. On my case this error got fixed once I included the changed on the Windows 10 registry that are inside "RetroN5_Unbrick.7z" 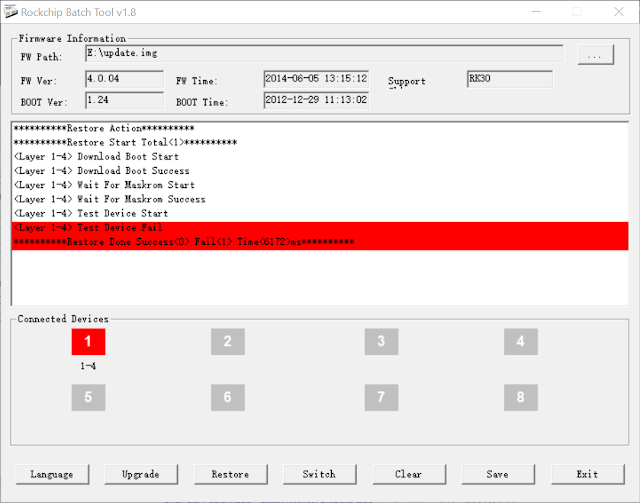