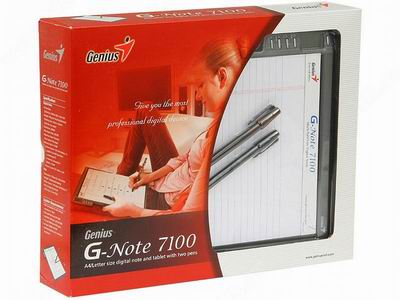 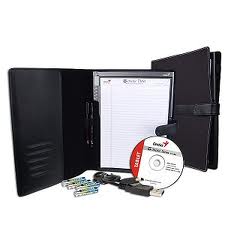 I found it on sale, new, so I wanted to take a try.

First, notice that this "digital note taking" (tablet?) tool works this way:
The stuff that gets digitized on the tablet gets stored as .DNT image file. This file can be opened with "Digital Organizer" software.

The pen has a battery inside and the G-Note 7100 comes with one in black color and other in red color.
The black color is recognized on the tablet as #1. You can see that on the tablet's little display. 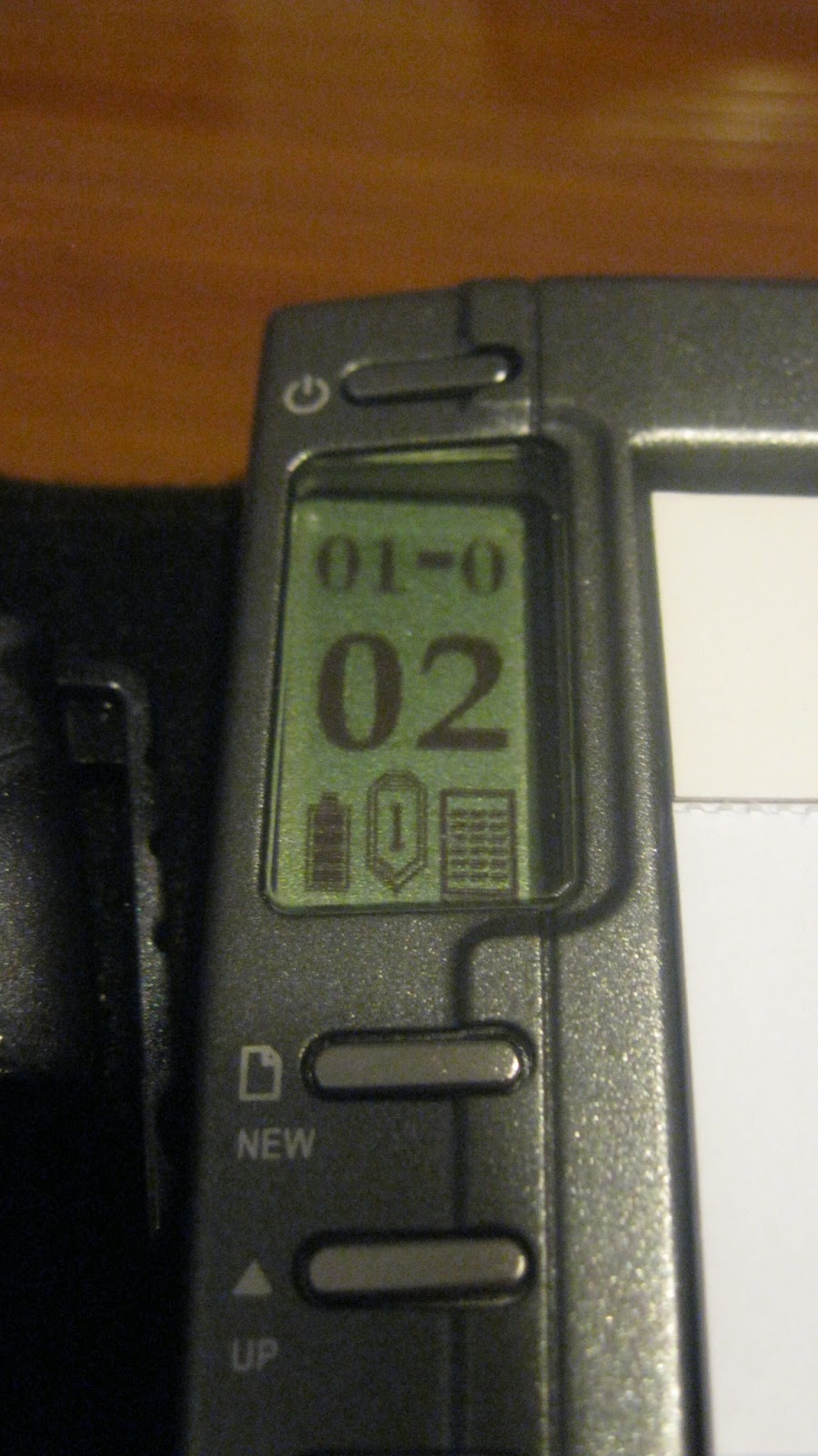 The red one is recognized as #3 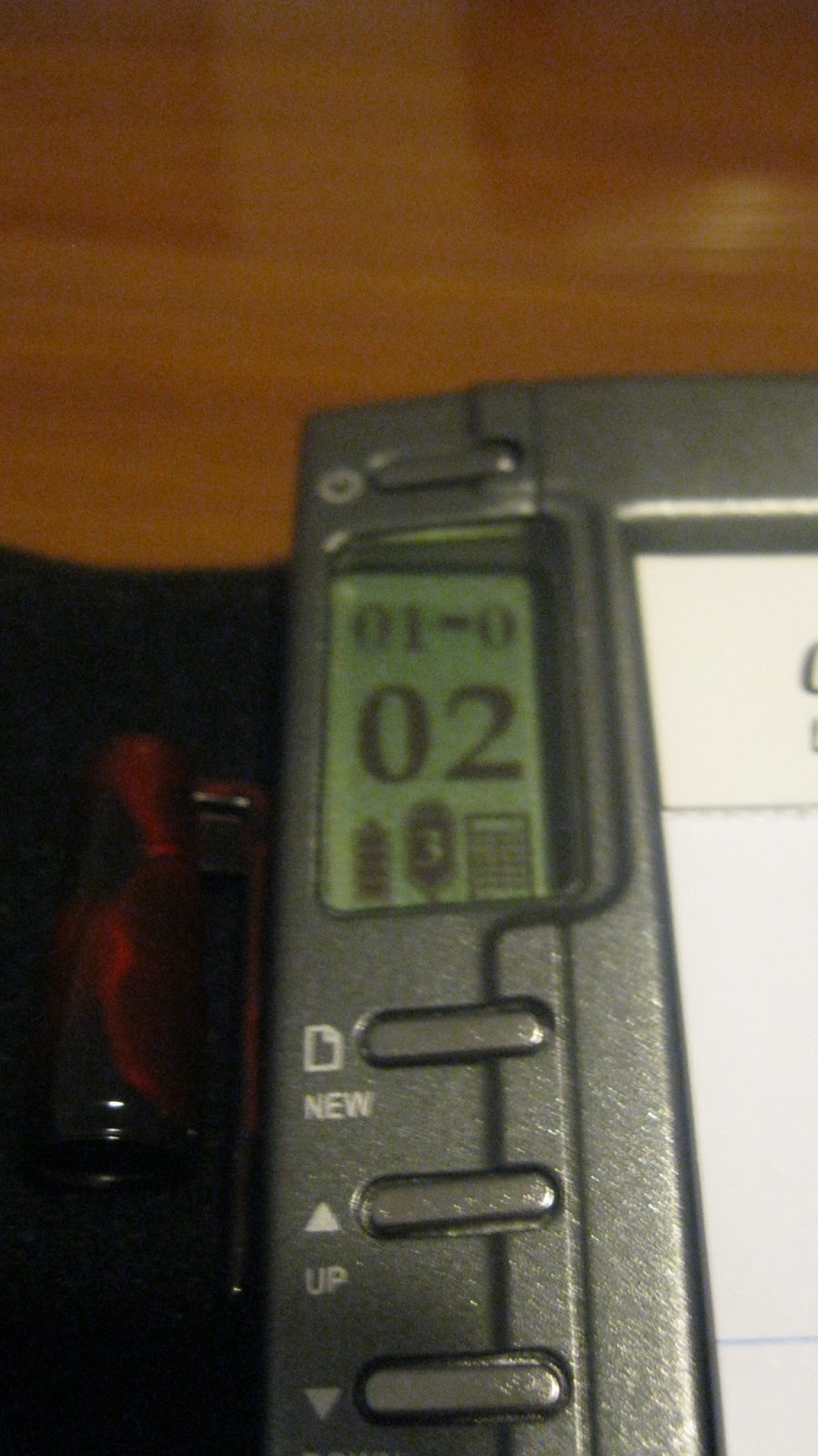 What if I broke or lose the pen? I will need to find out which Pens works with this tablet.

The pens seems to use a battery of 1.4V. I went to the electronic store to find a replacement and seems that the GP PR48 (AC13 and DA13 are other codes on the package) 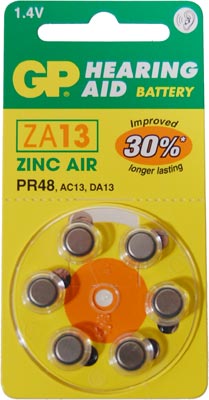 It wasn't that bad at the end. My local store (SuperPaco) did have that replacement ink and worked fine on the Genius Pen. But it cost me USD $4 for one replacement when I can see something similar in the Internet for $5 the 10 replacements.

Some that I have seen that may work are:

Notice that the installer included on the CDROM will not run in newer version of Windows (Win7 and Win8).

I also tried this device on eComStation 2.1. The device get recognized as an storage device and allows you to copy the files stored in the tablet.

Using the WACOM driver for OS/2-eCS I noticed that when you plug the tablet to the computer, the mouse clicks with the pen, but does not move the pointer when hovering it over the tablet.

Windows 8.1 recognize this device by default. It works ok with the default installed driver from Windows, it does need any extra drivers.

Windows 8 recognize this device by default. 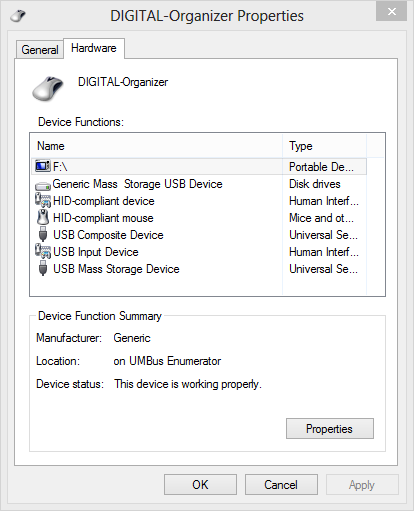 The internal storage and the "Mouse Pen" works without problems on Windows 8 64bits.

Windows 7 - 64 bits also recognize the device with the default Microsoft drivers. Also the internal storage and the "Mouse Pen" works without problems.

There are some other software that I found interesting to be used with this device:

http://www.visionobjects.com/en/webstore/myscript-studio/description/
This Windows software allows you to convert the handwriting text images to recognized text. It can open .dnt files. 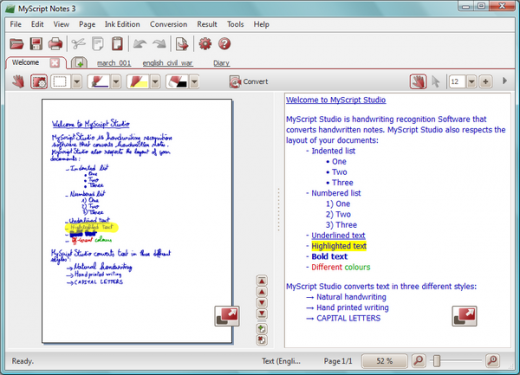 This software shows  a little icon on Windows texts areas, when you can click and it open a window pad where you can draw the letters you want to be recognized. When it get recognized you can put the words inside the text area.

This software is a very good idea to interact with your OS with handwritten text. Not sure how useful it can be, but it is very interesting.

This is an open source software (discontinued) that can open .DNT files and change its format. 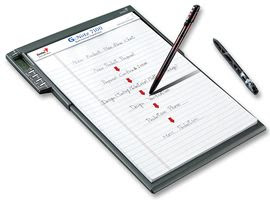 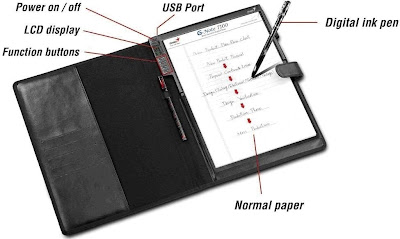 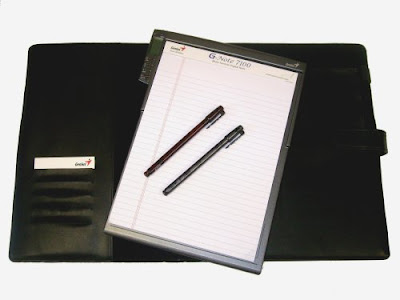